We hope you have enjoyed your complimentary access for the month.

Want to become a subscriber?

You are the owner of this article.
Edit Article Add New Article 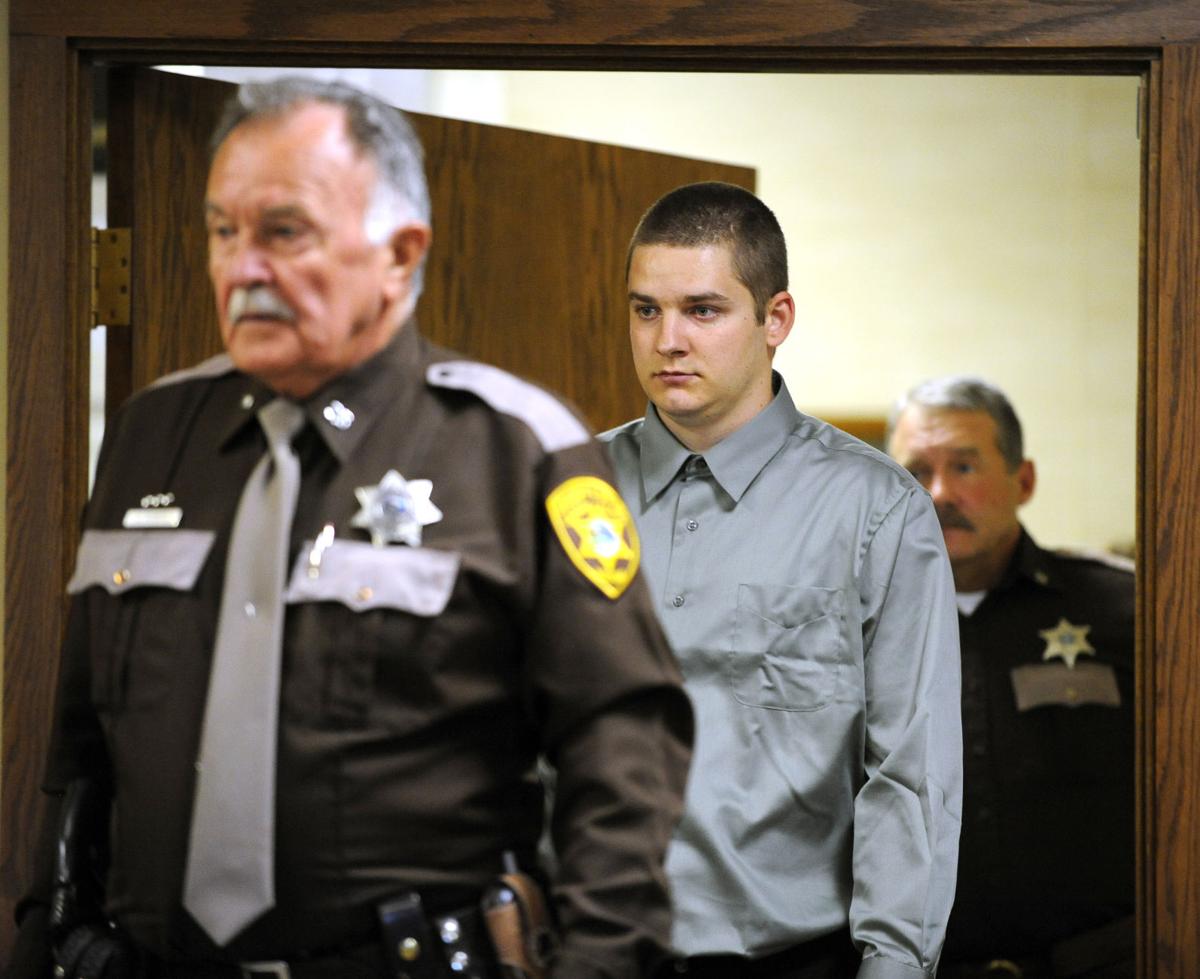 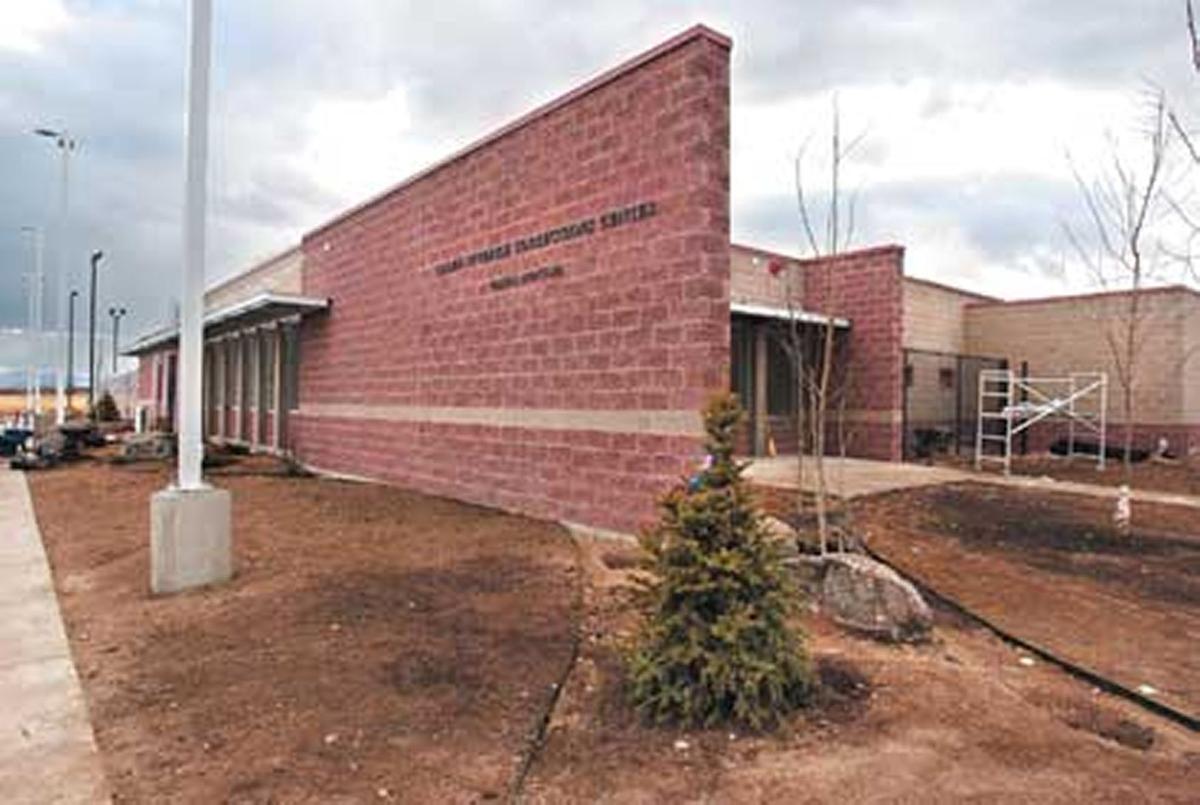 Having lost state Sen. Robyn Driscoll to the Yellowstone Cou…

HELENA — A lawsuit filed on behalf of four psychiatric patients at the Montana State Hospital, alleges the state and hospital staff subjected the four to long-term isolation nearly 24 hours a day for more than a year because it was convenient and a doctor-ordered form of treatment.

The patients are represented by Disability Rights Montana, a Helena organization that is the federally mandated civil rights protection and advocacy system for the state. It has the legal authority to represent almost any person with a disability.

The suit claims the patients at Warm Springs and a forensic unit opened in nearby Galen in March suffered extreme psychological and emotional harm from nurses, who used a "level" system that granted privileges to threaten them and administrators who didn't hold staff accountable.

In a statement Friday afternoon, the state Department of Health and Human Services, which operates the facilities, responded:

"While we cannot comment on the specifics of this litigation, the health, safety and privacy of patients at Montana State Hospital is our primary concern at all times. DPHHS has taken steps and made significant financial investments to increase the capacity of the facility and to keep patients and staff safe — often in the face of opposition from Disability Rights Montana," spokesman Jon Ebelt said.

The lawsuit was filed Aug. 15. Helena District Court Judge Kathy Seeley has set a hearing on the request to remove patients from isolation while the case proceeds for 9 a.m. Monday.

The patients who filed the suit are Faith Swanson, 32, and Tyler Sapp, 27, who were both civilly committed and have severe mental illness. They spend most of their time in long-term, locked isolation wings, known as the Intensive Treatment Unit. The two other patients are Ryan Bragg, 21, who has several co-occurring mental health diagnoses and was criminally committed to Galen after violating his probation in Ravalli County on theft and burglary charges; and Charles White, 30, who killed his mother and sister and kidnapped his nephew in Carbon County.

He was found not guilty by reason of mental illness and criminally committed to the state hospital in 2010. White lived in the D wing of the state hospital at Warm Springs until he was transferred to the new forensic mental health facility in Galen in March.

The suit names several nurses and individuals and sues them in both their individual and official capacity:

— Eleanor Combs, a registered nurse. She worked with patients including Bragg and White.

— Jill Buck, a registered nurse. Buck is the program manager of the Forensic Mental Health Facility at Galen and makes all nursing practice decisions for patients, including Bragg and White, according to the lawsuit.

— Liviu Goia, a psychiatrist employed by the state hospital. Goia is in charge of psychiatric care and treatment of patients at the Intensive Treatment Unit. He authorized long-term, locked isolation of Swanson and Sapp for four and five years respectively "as a matter of convenience and as a purported mode of 'treatment,'" according to the complaint.

— Virginia Hill, a psychiatrist employed by the state hospital and in charge of care of forensic patients at Warm Springs and Galen. She authorized the use of penal sanctions against Bragg and White, including threatening to send Bragg to the state prison as a punishment.

— Glenda Oldenburg, a registered nurse and acting superintendent of the hospital and administrator of addictive and mental health disorders at DPHHS. Oldenburg is responsible for operation of the hospital, including enforcing policy and procedures and protecting patients'rights.

— Mary Dalton, a registered nurse and branch manager responsible for addictive and mental health disorders division at the main state hospital and Galen. Dalton is also responsible for enforcing procedures and policies, as well as ensuring staff are trained.

— Richard Opper, the director of DPHHS, which operates Montana State Hospital and the Galen facility.

Restraints used on a patient

According to the lawsuit, Bragg had no running water in the sink in his room for more than a month. He became angry and broke a fire sprinkler, which leaked into a common area. While staff mopped the area, Combs ordered Bragg be placed in a restraint blanket. The complaint said Bragg, who is 5-feet, 8-inches tall and weighs 140 pounds, was willing to cooperate and not violent toward staff, but Combs "ordered an overwhelming physical attack against him by eight to 12 men who forced him down on the floor."

Bragg was then taken to a seclusion cell where he was held down by 11 men, according to the lawsuit, and sedated for "punishment and convenience." Video after the incident also shows Bragg struggling to eat later because his hands are still restrained at his side. The hospital and Galen facilities both have cameras installed that recorded the events alleged in the complaint.

Agency rules require patients must be restrained and secluded in the "least restrictive manner possible" and it must be "ended at the earliest possible time."

Combs sought approval from her supervisor, Buck, who "approved, condoned and encouraged the physical assault, the use of chemical and mechanical restraint and the seclusion," according to court documents.

Swanson and Sapp were placed permanently in locked isolation cells and given psychotropic drugs in lieu of meaningful psychotherapy, the lawsuit states. They are denied social interaction and environmental stimulation. The isolation has caused both to deteriorate to below the level they where when they were committed in 2010 and 2012, respectively.

The cells have a small hole where Swanson and Sapp receive food and medication. They are where the patients "eat, urinate, defecate and spend endless hours staring at the blank walls inside their cells," the complaint said. Sapp and Swanson do not have books, movies or any possessions in their cells.

Their guardians have not seen Sapp or Swanson's cells for years. Swanson's guardian tried to see the cell twice in July and was denied, according to the complaint.

This isolation was ordered by Goia, according to documents, and Goai, Oldenburg, Dalton and Opper allowed it to happen, as well as permitted medication to be used as a substitute for treatment and psychotherapy.

White, who was found not guilty of murder by reason of mental health, commits rule infractions but poses no risk of harm to himself, others or property, according to court documents, which go on to say he can manage his own medication and has a "cheerful disposition."

The complaint says White has a "low risk of harm," but was moved out of the D wing of the hospital, and placed in the high-security Galen facility when it opened in March.

Galen has a an environment that emphasizes punishment, the complaint claims, and restricts possession of books, movies, music and toiletries. The lights are on 24/7, which disrupts sleeping. Patients designated Levels 1 and 2 are not allowed to sleep in the dark at night, something that is not based on judicial orders, laws or patients' treatment needs, according to documents.

The lawsuit also makes broader complaints, such as the facility has too few staff to meet the legal rights, personal liberties and mental health needs of patients and Oldenburg, Dalton and Opper have all failed to provide enough staff, training and enforcement.

The suit includes accounts of violating state law on least-restrictive conditions, the environment required in these these types of facilities, family access, use of medication and restraint and seclusion. It alleges violations of the state Constitution over inalienable rights, individual dignity, due process and excessive sanctions. It also accuses the state and individuals of violating rights laid out in the U.S. Constitution, including cruel punishment and due process.

The complaint asks to move Swanson and Sapp from isolation and put them in civil patient rooms and release White from Galen and move him back to Warm Springs.

It also asks for a review of treatment plans and to prevent Combs from having any contact with patients at Warm Springs or Galen. It also asks to require Buck, Oldenburg, Dalton and Opper undergo training on the use of restraints and seclusion and to avoid what the lawsuit calls nurse-caused crises.

Whenever Holly Michels posts new content, you'll get an email delivered to your inbox with a link.

Email notifications are only sent once a day, and only if there are new matching items.

Lawmakers near decision on fate of Montana Developmental Center

Billings Clinic psych center treats people who are a risk to themselves, others

For people who are a risk to themselves or others, clinic provides regional emergency treatment

Woman suspected of DUI with baby in tow

'Without volunteers there’s no fire department': Aging volunteers cause worries in small communities

Popular in this section

Hillbilly's Fishing Reel Repair is extending the savings to our customers in the month of October! Click here to find out how you can save on your fishing reel repairs in October!