As I reach nearer the end than the beginning of my career, it still comes as something of a shock to realise that I have been at work on the history of psychiatry for some four decades now. I never intended that my early infatuation with disorders of the mind should turn into a life-long obsession. I began my explorations at a time when the museums of madness that were the Victorian age's response to Unreason still loomed large in our collective conscience. The massive, ramshackle piles retained their hold, not just on our imaginations, but upon thousands and thousands of people with mental illness, still confined in what had once been proclaimed as a therapeutic isolation. It is hard to forget the sense of constriction and confinement that oppressed one's spirit on crossing the threshold of one of these establishments. Above all, perhaps, I remember the smell, the fetid odour of decaying bodies and minds, of wards impregnated with decades of stale urine and faecal matter, of the slop served up for generations as food, the unsavoury mixture clinging like some foul miasma to the physical fabric of the buildings. 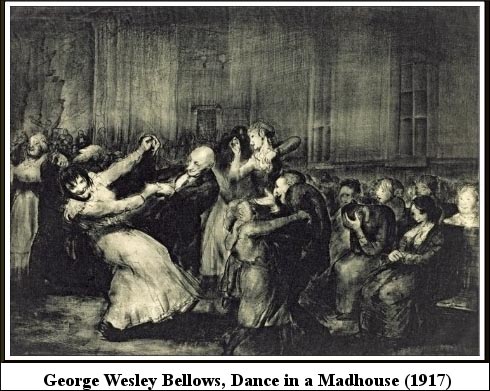 My first encounter with the sights, the smells, the sense of despair that enveloped these total institutions, ought perhaps to have been enough to put me off any lingering attachment to research in such settings. Yet I remain as fascinated as ever with trying to understand the elaborate social institutions we have devised to grapple with, manage, and dispose of the “mad”, and with the intellectual puzzle that mental illness itself represents. To be sure, I have long since strayed outside the confines of the 19th century: initially into the Georgian age where the madhouse first came to the fore and mad-doctors began to develop their claims to expertise; then into the therapeutic enthusiasms and uncontrolled experimentation on the bodies of patients in the first half of the 20th century; and, most recently, into the realm of hysteria from its origins in ancient Greece through the height of its fame in Charcot's hysterical circus, its overt sexualisation by Sigmund Freud and his followers, and its official demise at the hands of the neo-Kraepelinians, who banned it from their Bible, the American Psychiatric Association's Diagnostic and Statistical Manual of Mental Disorders. It is a history that has its charms as well as its horrors.

But while I was busy in the archives, the contemporary psychiatric enterprise was undergoing a transformation as dramatic and fundamental as can readily be imagined. When I began to explore its past, psychiatry, at least in its American guise, was dominated by psychoanalysis. The Freudian movement had first risen to prominence during World War II, in the treatment of “war neurosis”. Through the 1960s, its hold over the profession and the public imagination steadily grew. With scarcely an exception, the departments of psychiatry at the major medical schools were headed by psychoanalysts or psychoanalytic fellow-travellers. The “refrigerator mother” was blamed for the seeming epidemic of schizophrenia. Although Freud himself had questioned the relevance of psychoanalysis in the treatment of psychosis, his more optimistic American epigones were undeterred. If they reluctantly began to use the first generation of antipsychotic drugs, they saw them merely as useful therapeutic adjuncts to calm down florid symptomatology so that the “real” work of psychotherapy could proceed. Hollywood dramatised the miracles of the talk cure in movies like Suddenly Last Summer and I Never Promised You a Rose Garden. Anxious American parents turned to Dr Benjamin Spock for enlightenment, and were rewarded with a bowdlerised version of Freud's theory of child development. Best-seller lists saw the appearance of pot-boilers such as Robert Lindner's The Fifty Minute Hour, titillating the masses with tales of the secrets of the couch. Psychoanalysis ruled the roost.

And then it didn't. More swiftly and silently than the Cheshire cat, psychoanalytic hegemony vanished, leaving behind not a smile, but a fractious group of Freudians and neo-Freudians who squabbled among themselves. Professors of literature and anthropology tried feverishly to fend off the notion that Freud had turned into an intellectual corpse, but cruel realities suggested otherwise. Psychoanalysts were rapidly defenestrated, chucked out of their hold over academic departments of psychiatry and replaced by laboratory-based neuroscientists and psychopharmacologists. Psychoanalytic institutes found themselves bereft of recruits and forced to abandon their policy of admitting only the medically qualified. The very term “neurosis” was expunged from the official nomenclature of mental disorder, along with the hypothetical Freudian aetiologies for various mental disorders. The “surface” manifestations of mental diseases that the psychoanalysts had long dismissed as merely the symptoms of the underlying psychodynamic disorders of the personality became instead scientific markers, the very elements that defined different forms of mental disorder. And the control of such symptoms, preferably by chemical means, became the new Holy Grail of the profession.

It was a counter-revolution launched, not from the hallowed and ivied halls of the Harvards and Yales of this world, but of all things from St Louis, from renegades at the oh-so-provincial Washington University Medical School, and from a renegade Columbia psychiatrist, Robert Spitzer. And its primary weapon was a book, or rather an anti-intellectual system published in book form: a check-list approach to psychiatric diagnosis and treatment that sought maximum inter-rater reliability among psychiatrists confronted by a given patient, with scant regard for whether the new labels that proliferated in its pages cut nature at the joints. Agreement among professionals was enough, particularly on those occasions on which a given diagnosis could be linked to treatment with a particular class of drugs. Indeed, soon enough the polarity would be reversed, and the creation of a new class of drugs would lead to the creation of a new psychiatric “disease” to match, just one of the factors that prompted successive editions of the Diagnostic and Statistical Manual of Mental Disorders to proliferate pages and disorders, like the Yellow Pages on steroids.

Drugs, of course, were the centrepiece of the new era. For some, they were the technological first cause of its most notable accomplishment, the emptying out of the old state hospitals and county asylums. Chlorpromazine and its derivatives gave psychiatry for the first time a therapeutic modality that was easy to dispense and closely resembled the magic potions that increasingly underpinned the cultural authority of medicine at large. Too bad that the phenothiazines were no psychiatric penicillin, and that they would be responsible for a long-ignored epidemic of iatrogenic illness. They reduced florid symptomatology, and for some patients, at least, provided a measure of relief. After centuries of therapeutic impotence, it was perhaps understandable that psychiatrists were so grateful for their arrival and so eager to hype the value of the new pills.
In truth, antipsychotics played at best a secondary role in the demise of the asylum. Deinstitutionalisation was driven far more by fiscal concerns, and by conscious shifts in state policy. But for Big Pharma, psychiatric drugs were a bonanza, a major source of profits that ran into many billions of dollars. Almost instantly alive to the profit potential of the phenothiazines, the multinationals were slow to realise the even larger rewards that could flow from exploiting compounds that changed people's moods, but the belated success of Prozac changed all that. And changed as well the professional and public's understanding of mental disorder.

The US National Institute of Mental Health proclaimed the 1990s “the decade of the brain”. A simplistic biological reductionism increasingly ruled the psychiatric roost. Patients and their families learned to attribute mental illness to faulty brain biochemistry, defects of dopamine, or a shortage of seratonin. It was biobabble as deeply misleading and unscientific as the psychobabble it replaced, but as marketing copy it was priceless. Meantime, the psychiatric profession was seduced and bought off with boatloads of research funding. Where once shrinks had been the most marginal of medical men, existing in a twilight zone on the margins of professional respectability, now they were the darlings of medical school deans, the millions upon millions of their grants and indirect cost recoveries helping to finance the expansion of the medical-industrial complex.

And so to scandal. He who pays the piper calls the tune, and to a quite extraordinary extent, drug money has come to dominate psychiatry. It underwrites psychiatric journals and psychiatric conferences (where the omnipresence of pharmaceutical loot startles the naive outsider). It makes psychiatric careers, and many of those whose careers it fosters become shills for their paymasters, zealously promoting lucrative off-label uses for drugs whose initial approval for prescription was awarded on quite other grounds. It ensures that when scandals surface universities will mainly turn a blind eye to the transgressions of those members of their staff who engage in these unethical practices. And it controls psychiatric knowledge in multiple ways. Its ghostwriters produce peer-reviewed “science” that surfaces in even the most prestigious journals, with the most eminent names in the field collaborating in the deception. Researchers sign confidentiality agreements, and inconvenient data never see the light of day. The very categories within which we think about cognitive and emotional troubles are manipulated and transformed to match the requirements of the psychiatric marketplace. Side-effects, even profound, permanent, perhaps fatal side-effects, are ignored or minimised. Fines may be levied when somnolent regulators are finally prompted into action, or damages paid where aggressive class action lawyers force hitherto suppressed findings into the public arena, but the profits already booked far exceed these costs of doing business. For a historian of psychiatry to live through such revolutionary times is remarkable indeed.